What Is the Average Cost of Auto Insurance?

The average cost of car insurance is $1,424 per year. But that’s just an average. How much car insurance costs for you will be determined by a variety of factors, and MoneyGeek’s data can give you an idea of what to expect based on your profile.

Car insurance rates vary based on many factors such as location, driving record and even credit score. Different insurers will weigh certain aspects more heavily than others. That’s why it’s always a good idea to get at least two to three quotes from insurance carriers to weigh your options more accurately.

MoneyGeek's analysis of car insurance rates across the country highlights that good drivers pay an average of $1,424 per year for a policy with 100/300/100 liability insurance and comprehensive and collision coverage. Individual rates may vary significantly depending on your level of coverage, vehicle and other factors.

The average costs of car insurance depend, in part, on how you pay: annually or monthly. The figures below are based on the average annual premium, but be aware that drivers may pay more if they opt for monthly payments. This is because there’s usually a discount for paying in full. That’s why it’s essential to get a personalized quote to understand your options fully.

One of the most important factors determining the cost of car insurance is the average by company. Of the companies widely available across the country:

The price difference shows the importance of getting quotes from multiple insurers.

The Average Cost of Major Insurers - From Cheap to Expensive

The Average Cost of Midsized Insurers - From Cheap to Expensive

The requirements and coverage types for car insurance vary by state, which can impact the costs. Michigan — the highest-cost state ($5,471 annually) — recently required drivers to carry at least $20,000 in liability protection for bodily injury (a maximum of $40,000 per incident) and $10,000 for property damage. On July 1, 2020, the state enacted sweeping changes to its auto insurance requirements, which may serve to lower costs for car insurance there. In Maine — the lowest-cost state ($607 annually) — the minimum required for liability coverage is $50,000 per person, $100,000 per accident for bodily injury and $25,000 for property damage.

How Average Car Insurance Rates by State Have Changed Over Time

States With the Biggest Decreases in Rates - Last Six Years

Conversely the states with the largest increase in insurance rates over the last six years are Montana, Louisiana, Florida, Nevada and Missouri. All of these states saw their average insurance rates increase by 19% or more.

States With the Biggest Increases in Rates - Last Six Years

Age is another factor that can impact the cost of insurance. For example, a less experienced teen driver could cost as much as $5,318 per year to insure by themselves.

The average cost of car insurance greatly decreases from age 16 to 30, at which point car insurance rates tend to remain steady until slightly rising in a driver’s senior years.

The amount of coverage you decide on will depend on the state you live in and your unique needs. Typically, more coverage is more expensive.

Liability-only car insurance coverage tends to cost the least, but getting only the minimum comes with risks. For example, you won’t be covered for damage to your vehicle with liability-only coverage — you’d only be covered for any damage that you do to another person’s car. That’s why full coverage (comprehensive and collision) is generally a better option for many drivers.

Certain car models can be extremely expensive to insure, but most car models will alter a driver’s rates by less than a few hundred dollars per year. For example, the top selling sedan (Toyota Camry), truck (Ford F-150) and SUV (Toyota RAV4) models in the country all cost our sample driver an average of $1,266 to $1,414 to insure.

On the other hand, sports cars and electric car models can be much more expensive to insure than the average car. MoneyGeek found that the most expensive car to insure is a Nissan GT-R. The cheapest car model to insure is a Honda CR-V.

Your accident and ticket history is another factor insurance companies consider when setting rates and determining if they can insure you.

There are things that can combat increases or lower the costs to your car insurance after an accident. In some states, attending traffic school can get violation points taken off your record. That, in turn, can impact your premiums. And, depending on the insurer, you may get a break if it’s your first violation. It’s worth discussing your options with your insurance agent.

Average Car Insurance Costs If You Have Bad Credit

In most states, your credit score can impact your auto insurance rates. The exceptions to this rule are Hawaii, Massachusetts and California, where this practice is not allowed. But for those who live elsewhere in the U.S., even having just average credit can increase your costs more than, for example, having a moving violation, according to research from Consumer Reports.

Raising your score can help you get lower car insurance rates and access other benefits. So it’s something to keep an eye on if you’re planning on taking out a new policy soon.

Average Car Insurance Costs If You Have a DUI

If you have a DUI on your driving record, that can significantly increase your rates, as insurance companies take it as a sign that the driver is high-risk.

A DUI can stay on your driving record for years, and the exact length of time will depend on the state in which you live. For many reasons, not only insurance rates, you need to avoid a DUI.

Car Insurance Premiums With a DUI

Other Factors That Impact Cost

The way insurance companies calculate the costs of insuring any given person is usually based on a wide variety of unique factors. Here’s a breakdown of some of those other aspects you should be aware of and how those can influence your cost of getting car insurance:

Your car’s make, model and year all impact how much you’ll pay in insurance costs. For example, a classic car would come with special requirements as those have a different kind of value than a typical vehicle. On the other hand, a car that’s rated highly for safety and can qualify for eco-friendly discounts can lower your car insurance costs.

Your gender can be another factor that influences your rates. In general, this rule only applies to drivers under 21. Among those younger drivers, men tend to pay more than women. But, after that, things tend to even out.

Those who have a gap in coverage are generally seen as being less credible, or safe, from the perspective of car insurance companies. So it’s essential to make sure that you have at least the minimum required insurance for your vehicle at all times to avoid inflated rates.

Where you live can have a significant impact on your rates as well. For example, more dense population areas and those with higher crime rates tend to be more expensive. On the other hand, more sparsely populated areas or places with lower crime rates can help you get a better deal.

The more you drive, the more opportunities there are for an accident or other damages. So your rates will vary depending on your annual mileage as well.

Opting for a higher deductible will lower your monthly costs and vice versa. Keep in mind that if you need to file a claim, you will have to pay more. If you choose a higher deductible, it’s important to have that amount saved, if possible, to lessen potential financial shock later on.

Can insurance companies tend to assume that those who have had claims filed in the past are more likely to do so in the future. In general, having fewer claims under your belt is better for getting a lower rate.

Having more drivers in your household will cost more, but it can also lower your overall costs, per driver, if your insurer offers a multi-driver discount. That’s in comparison to each driver getting their own policy. Marital status also impacts your rates as single people tend to pay more than married individuals.

Some factors are hard to control when it comes to the cost you’ll pay for car insurance, such as your age and where you live. Since insurance companies weigh many factors when determining your premium, it’s good to control the elements you can, such as not getting tickets or DUIs and maintaining good credit. Knowing the average cost of car insurance in your state can help you make an educated decision when you shop for the best rate. 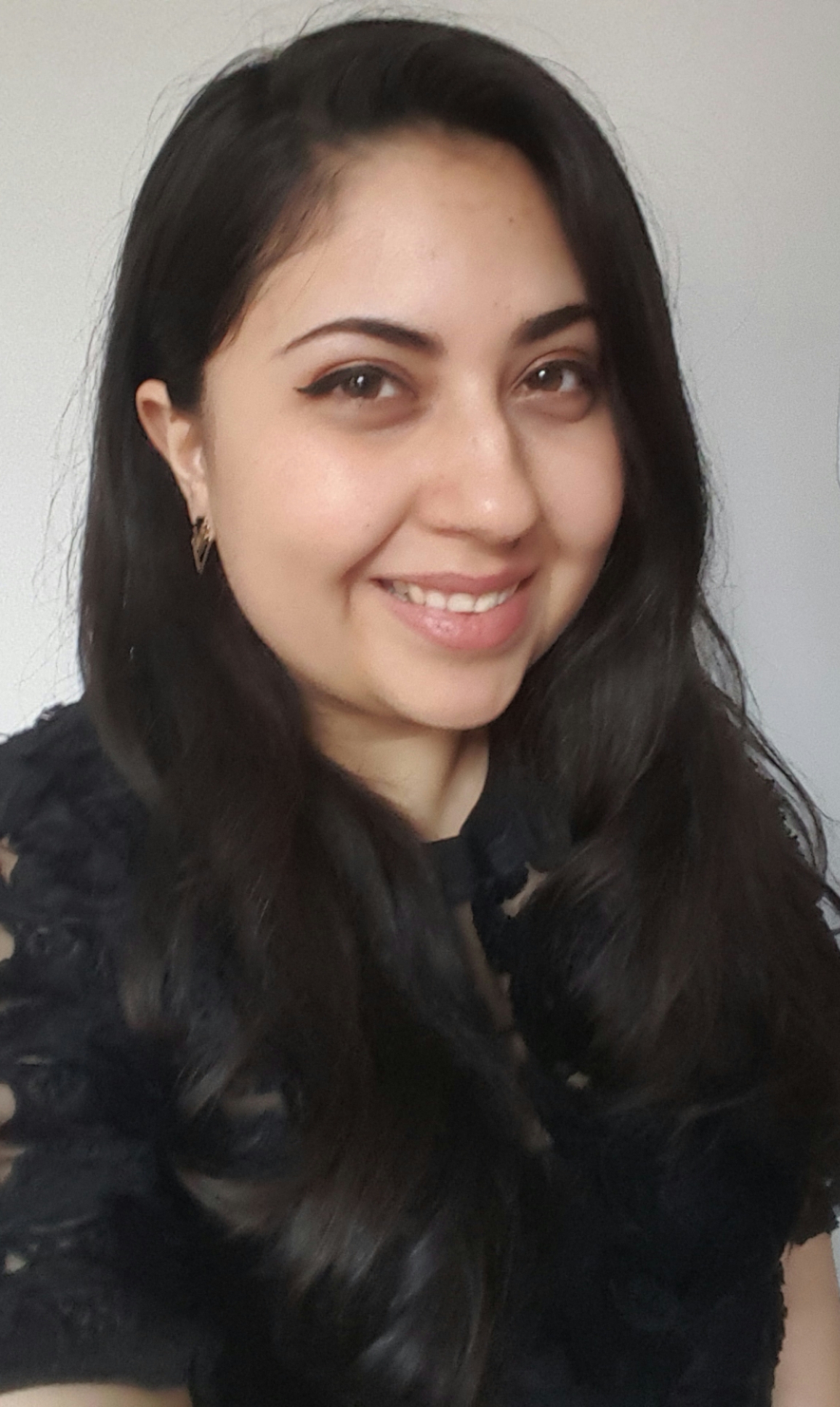 Devon Delfino is an independent journalist based in the Pacific Northwest. Her personal-finance coverage has been featured in publications such as the L.A. Times, Teen Vogue, Mashable, MarketWatch, CNBC and USA Today, among others.