Compare State Farm vs. Nationwide to Find Out Which Is Best for You

The best auto insurance company for you depends on individual factors, including where you live, your age, your driving history and what you look for in an insurer. State Farm offers cheaper insurance overall, while Nationwide has higher-rated customer service.

Ensure you're getting the best rate for your auto insurance. Compare quotes from the top insurance companies. 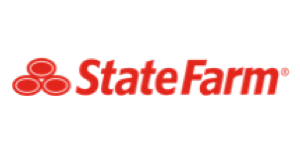 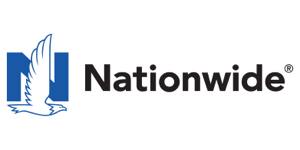 State Farm is cheaper in more states than Nationwide and is also a more affordable option for drivers who are students or have accidents, tickets, or DUIs on their record. Nationwide has cheaper insurance for borrowers with poor credit.

State Farm is good for drivers looking for low rates.

Nationwide is good for drivers with poor credit, those looking for different coverage options or people who value high-quality customer service.

State Farm offers cheaper car insurance overall, with an average cost of $1,235, while Nationwide has an average cost of $1,341. However, rates at the national level may not match up with rates where you live. Rates can also differ based on your age, driving history and even your credit score.

The above averages are for a sample driver with a safe driving record, a full coverage policy and 100/300/100 liability limits. If you'd like a more personalized quote, you can use the MoneyGeek auto insurance cost calculator to get an anonymous quote based on various factors.

Is State Farm or Nationwide Cheaper in Your State?

State Farm is cheaper than Nationwide in the majority of states where MoneyGeek has sample rates for both companies. That said, the average cost of car insurance can vary widely from state to state, so it may not be true that State Farm is cheaper where you live. We recommend getting a personalized quote from both insurers to ensure you’re getting the best deal possible.

While State Farm offers coverage in all 50 states and the District of Columbia, Nationwide doesn’t sell insurance in:

Ensure you're getting the best rate for your auto insurance. Compare quotes from the top insurance companies.

Is State Farm or Nationwide Cheaper for Your Age and Driving History?

In addition to location, factors like age, credit score and driving history can also affect your auto insurance rates. Different insurers weigh these factors differently, which is why it’s always a good idea to shop around for rates when purchasing car insurance. State Farm tends to be cheaper for drivers with tickets, accidents or DUIs, while Nationwide is usually less expensive for drivers with poor credit.

Because car insurance rates largely depend on personal information, we recommend comparing quotes from different companies to see which one is most affordable for you.

State Farm vs. Nationwide: Which Is Better for Discounts?

Nationwide has the edge when it comes to usage and behavior-based discounts. The company offers two separate programs: SmartRide — which measures miles driven, hard braking and acceleration, idle time and nighttime driving — and SmartMiles — which charges a variable rate depending on how many miles you drive. State Farm only has one behavior-based discount, which measures quick acceleration, hard braking, fast cornering, speeding, and distracted driving.

State Farm vs. Nationwide: Which Has Better Customer Service?

MoneyGeek measures customer experience based on how satisfied customers are, according to J.D. Power, and how often they lodge complaints tracked by the National Association of Insurance Commissioners (NAIC). The best auto insurance companies have few complaints and high customer satisfaction ratings.

State Farm ranks higher for J.D. Power customer satisfaction points, with a score of 837 out of 1,000. Nationwide scores 822. State Farm has high marks across the board for first notice of loss, the estimation and repair process, claims servicing and settlement.

State Farm vs. Nationwide: Which Is More Financially Stable?

State Farm has slightly higher financial stability ratings than Nationwide, receiving an A++ rating from AM Best compared to Nationwide’s A rating.

That said, these insurers are both extremely financially stable companies. Financial stability is important because it means that the insurance company will be more likely to be able to pay you should you need to file a claim.

Both State Farm and Nationwide have a variety of online tools for customers to use. State Farm features an easy online quote process and the ability to file and track claims online. Nationwide allows you to pay bills, file claims and manage your account on their website or mobile app.

Data on car insurance rates comparing State Farm and Nationwide are for a 40-year-old male with a full coverage car insurance policy, unless otherwise noted. The policy includes:

Margaret Wack is a freelance writer who covers insurance, saving, investing, banking, and more. Margaret earned a bachelor's degree in classics, comparative literature, and poetry from Smith College and a master's degree from St. John's College.