In 2010, at the peak of the mortgage crisis, roughly 1 in 20 American homeowners (4.9%) had fallen at least three months behind on their mortgage payments, according to the Consumer Financial Protection Bureau. More than one million homes were foreclosed in the U.S. during that year, but since then, most of the nation has bounced back.

Cities like Las Vegas, which had an 8.97% foreclosure rate in 2010 and topped the list of the highest foreclosure cities in the country, had a foreclosure rate of 0.46% in 2019, according to RealtyTrac. Unfortunately, some areas haven’t been as resilient — your hometown may be one of them. Various factors play a role; knowing about them can help you strategize to keep your home loan current even during tough times.

Since reaching their highest point in 2010, mortgage delinquency rates in the U.S. have fallen steadily every year. In mid-2019, the Consumer Financial Protection Bureau reported the rate was 0.70%, which is lower than it was before the economic crisis. For the areas that haven’t enjoyed the same recovery rate, economic indicators such as unemployment rates, home values and household incomes are also lower than national rates. 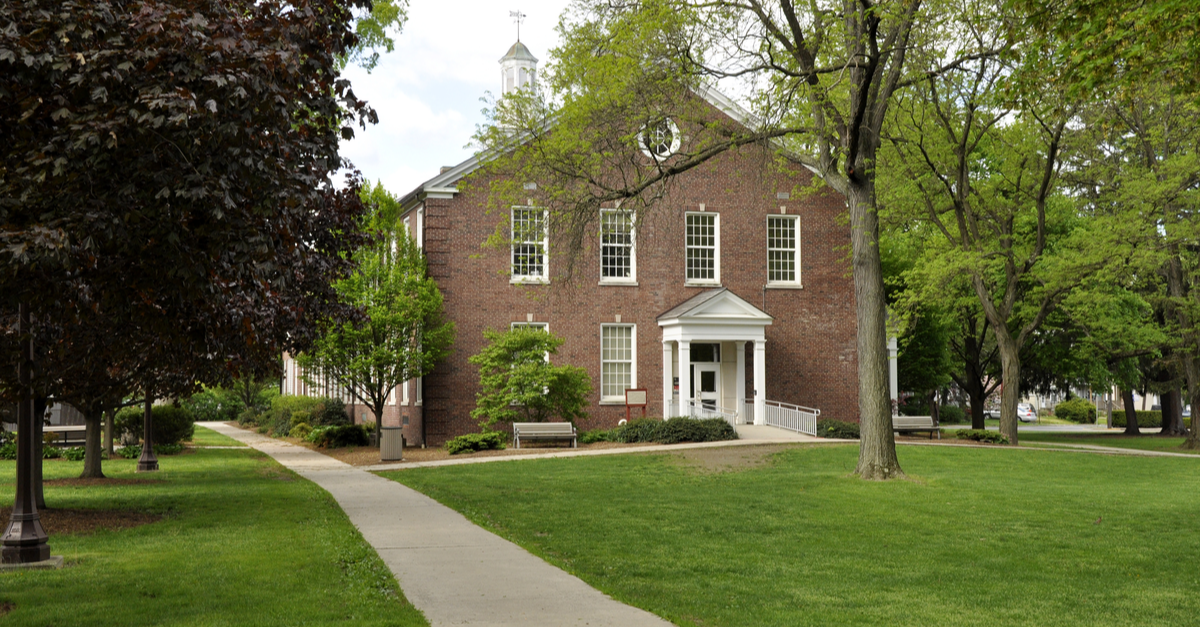 This Poconos town is less than two hours from booming New York City, but its economy hasn’t fully shared in the boom. East Stroudsburg is part of Monroe County (population 169,507), and the metro area’s economic and demographic statistics are mixed.

While 22% of Monroe County residents hold a bachelor’s degree or higher, this falls below the national rate of 32.6% and the rate in Pennsylvania of 31.8%. Educational rates, income, and unemployment rates are linked, according to the Bureau of Labor Statistics (BLS), with lower unemployment rates and higher incomes being reported for people with bachelor’s degrees and higher.

The average household income of $64,170 in Monroe County is higher than the national average, and the poverty rate of 12.3% is below the national average. What’s more, employers have been adding jobs in the fields of distribution, tourism and vaccine manufacturing. “I’m surprised the number is that high,” Chuck Leonard, executive director of the Pocono Mountains Economic Development Corp., says of the metro area’s mortgage delinquency rate.

East Stroudsburg has experienced economic recovery, just not as quickly as some other areas of the country. For example, the metro area’s unemployment rate of 5.7% in December 2019 was well above the national average, and its median home value of $173,500 is well below the national average. Additionally, home values in Monroe County remain far below their 2007 peak of $314,580, according to the Federal Housing Finance Agency’s (FHFA) House Price Index. 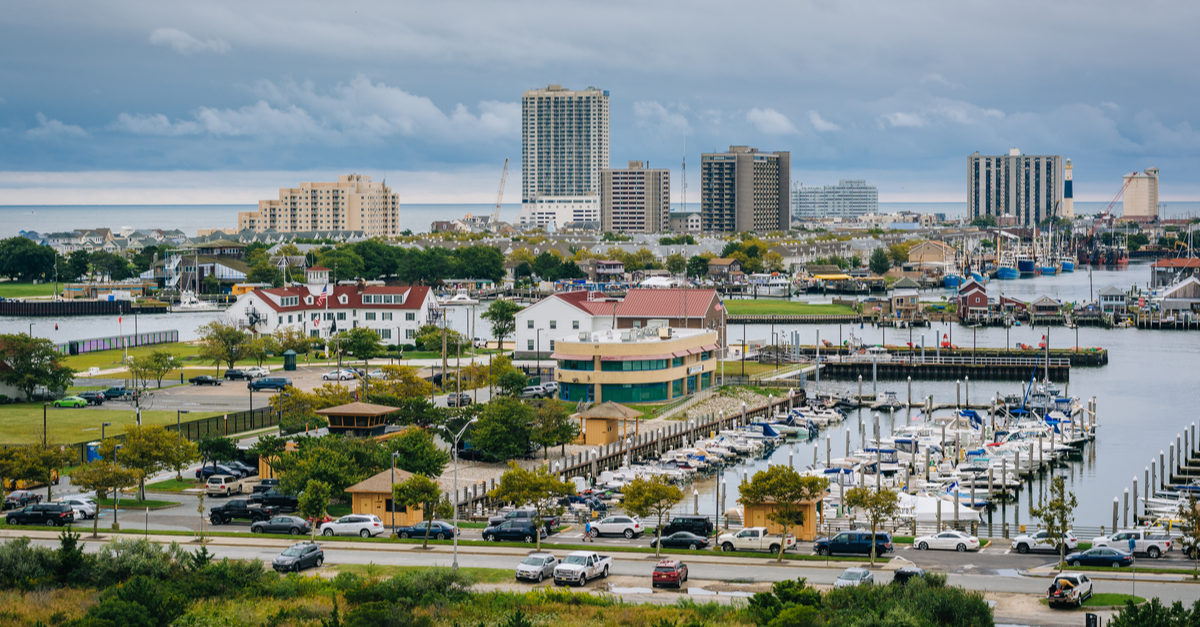 This metro area (population 265,429) is another place with mixed economic statistics. Known for its beach and its casinos, Atlantic City never turned into the anticipated Las Vegas of the East Coast that it was expected to be. The typical household income of $61,212 is a bit lower than the national average.

With an unemployment rate above 5%, the Atlantic City metro area’s unemployment is well above the national average. The rate of educational attainment of a bachelor’s degree or higher is 28.7% in this area, which is slightly lower than the national rate and considerably lower than the New Jersey rate of 40.8%. Home prices continue to languish well below their 2007 peak, according to FHFA’s House Price Index. The median home value in Atlantic City–Hammonton of $219,300 is almost $125,000 less than the amount for the entire state. 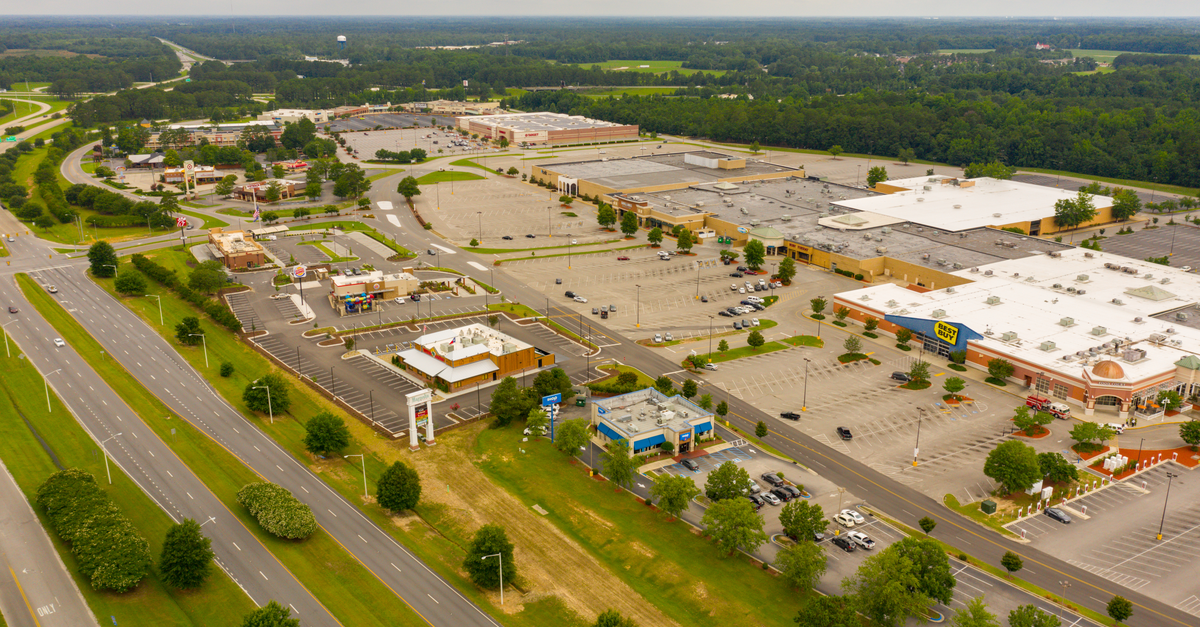 Florence County (population 138,159) is a bit inland from Myrtle Beach. The average household income of $48,790 is far below the national average, while the poverty rate is higher than the rest of the nation at 17.5%.

As with the other cities on the list, demographic and economic statistics are mixed. The unemployment rate for Florence was just 2.5% in December 2019, which is well below the national average.

Educational attainment is just slightly lower than the national rate, with 25% of residents having a bachelor’s degree or higher, and right in line with the South Carolina rate of 28.3%. Home prices are in neither boom nor bust. By late 2018, Florence’s home values had returned to levels seen in their 2008 peak, according to the Federal Housing Finance Agency’s House Price Index.

In 2010, while almost 5% of homeowners were at least three months behind on their mortgage, residential foreclosures that year soared. Overall, U.S. housing markets have bounced back, and hard-hit cities like Las Vegas, Miami, Orlando and Phoenix overcame rampant delinquencies and foreclosures. Those Sun Belt housing markets are on the rise once again.

Nationwide, the mortgage delinquency rate in the final three months of 2019 fell to its lowest level since at least 1979, says Marina Walsh, vice president of industry analysis at the Mortgage Bankers Association, a trade group for lenders. Some areas haven’t proven as resilient, and your hometown may even be one of them. Various factors play a role, and knowing about them can help you strategize to keep your home loan current even in tough times.

As any real estate agent, mortgage broker or housing economist will tell you, there’s no such thing as a national real estate market. Housing economies are intensely local, which explains why some metro areas have outsized numbers of struggling homeowners despite a nationwide economic boom.

Perhaps the most essential variable when looking at mortgage default rates is local home prices. When property values rise, homeowners have a crucial cushion to ward off foreclosure. If you’re in a home you no longer can afford, but it’s worth more than you owe, you can simply sell the house. The opposite was the case during the economic crisis of 2008 when home values plummeted, and many borrowers suddenly owed far more than their home was worth. Those homeowners no longer had the option of selling, and with unemployment rates soaring, a wave of delinquencies and foreclosures ensued.

The local job market is another metric that strongly affects the rate of delinquent loans. Mortgage delinquencies closely follow unemployment rates, the Mortgage Bankers Association’s Walsh says. When jobs are plentiful, borrowers are better able to generate enough income to cover loan payments. However, a weak local job market creates a strain on homeowners’ pocketbooks and hampers their ability to pay what’s usually their most significant monthly bill.

When an important regional employer — the steel mill, the coal mine or the furniture factory — closes shop, workers’ sudden job losses cause what economists call a “negative income shock.” If the job loss is widespread, residents’ cutbacks in spending cascade across the local economy. Other businesses stop hiring or even close, and the ripple effects ultimately hobble entire communities.

Natural disasters can also cause income shocks. It’s not uncommon to see rates of late payments spike after a hurricane, wildfire or another event that disrupts a local economy. An income shock often pushes borrowers with otherwise stable finances into default, according to a study by JPMorgan Chase. The study concludes that the faster a borrower recovers from a financial jolt, the more quickly the borrower resumes paying the mortgage.

A 2016 study by the Federal Reserve Bank of St. Louis analyzed mortgage delinquency rates and found solid correlations between demographic factors and foreclosures. “Families that are younger, less-educated and non-white are much more likely to miss payments than older, better-educated and white families,” the authors wrote. “Controlling for a host of observable variables — including differences in balance sheets, family structure and measures of luck such as income shocks — reduces but does not eliminate the ability of some demographic factors to predict missed payments.”

Credit scores have long been used to rate the risk that a borrower will default on a loan. From the lender’s point of view, the three-digit grade is a useful piece of shorthand. From your perspective as a borrower, the credit score creates useful guardrails for your budgeting.

The factors that go into a high credit score — paying on time, not borrowing too much, length of credit history — reflect a disciplined approach over time. Maintain those habits in the future, and you’ll be less likely to slip into default.

If you’re living within your means, ideally, you’re also building a rainy-day fund. A cash cushion lets you weather financial storms such as a layoff, a natural disaster or a health crisis. During the economic crisis, homeowners with larger financial buffers used their savings to delay mortgage default following a negative income shock, according to a post-mortem by JPMorgan Chase.

The megabank found that default rates for homeowners with small financial buffers were higher regardless of income level or payment burden. Having an emergency savings account — “short-term liquidity,” in Wall Street parlance — “was a key factor driving mortgage default” during the Great Recession, JPMorgan Chase concluded. 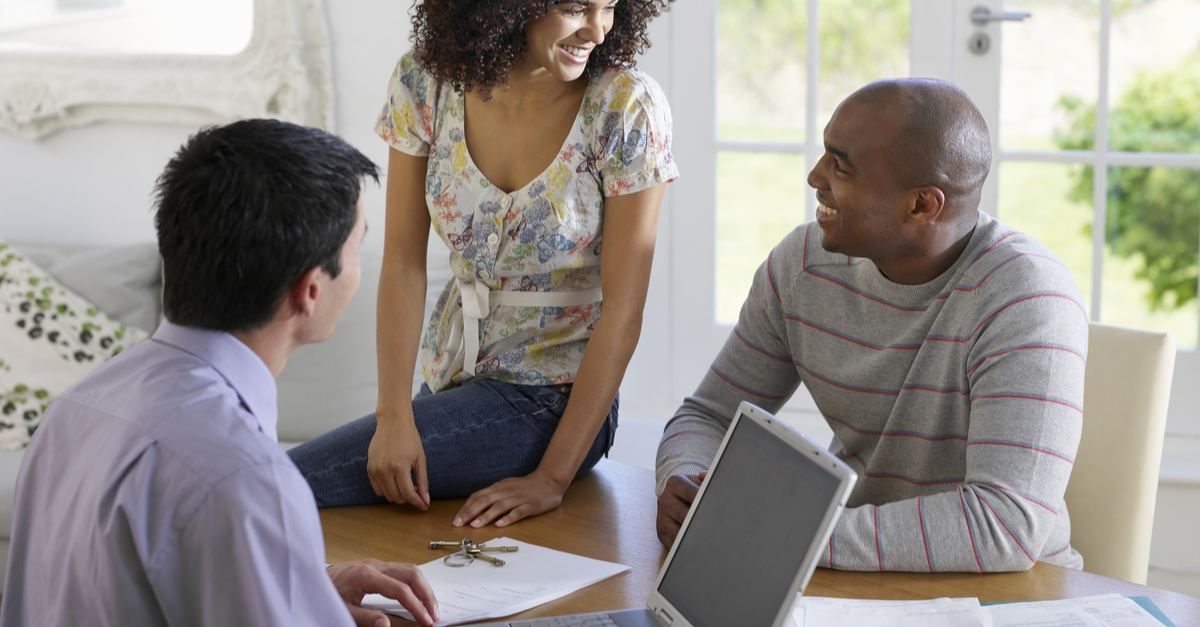 Shop Around for a Mortgage

Mortgage rates remain at rock-bottom levels, creating an opportunity to refinance into a more favorable loan. Consider refinancing at a better rate (although this solution gets complicated if you’re already delinquent).

It’s a balancing act. Paying your mortgage and other debts is critical, but having more savings — a financial buffer — opens your options. In fact, Chase reports, a cash cushion is a better safeguard against delinquency and default than having a low debt-to-income ratio when the mortgage was originated.

Speak to a Housing Counselor

If you’re struggling to pay the mortgage, check with the U.S. Department of Housing and Urban Development (HUD). A reputable housing counselor can point out ways to fight foreclosure and can help you negotiate with your lender.

Brush Up on Finances

Improve your financial literacy, and use your math skills to have a clear understanding of the terms of your loan and what’s expected of you financially when you take on a mortgage. Home loans are a specialized field and can stump even the brightest among us.

The Future of Mortgage Delinquency in America

While many areas of the country have had fewer mortgage lapses in recent years, some cities have experienced a rise in mortgage delinquencies. This increase could signal economic hardship for these particular metro areas.

Overall, mortgage delinquencies are at their lowest levels in decades, and while that trend could reverse itself, it seems unlikely that late payments will approach the bottom achieved during the Great Recession. Chastened by the mortgage meltdown, lenders remain reluctant to make loans to borrowers with low credit scores. What’s more, the building boom that fueled the last real estate bubble has not returned.

For now, caution prevails, and sensible home mortgage lending has become the standard. Sensible home lending starts with prudent home buying. If you already own a home, keep socking away money in an emergency fund, and get help from a housing counselor if you find yourself starting to fall behind on your mortgage payments. If you’ll be buying a home in the future, learn as much as you can about personal finances and home mortgages, and keep track of your credit score to fix any blemishes on it.

A veteran business journalist, Jeff Ostrowski writes about money for the Palm Beach Post in Florida. Ostrowski is proud to say he knows how to use a financial calculator to amortize a mortgage.