Return on Statehood: How Much Value Every State Gets From the Federal Government

As Americans head to the polls — or the mail-in ballot drop boxes — they're voting on more than national issues and the general direction of the country. This election season, voters will weigh in on their own state's financial health based on who they elect in state, local and federal elections.

To put states' financial health — and the potential impact on residents of those states — into context, MoneyGeek analyzed and ranked states according to their dependence on the Federal Government. Rankings account for the net benefits individuals and organizations in the state receive, the state government revenue from federal sources, and how COVID-19 has affected state revenues in part through lost tax revenues due to lost jobs and wages and impacted industries.

The most dependent states are lower income, as measured by per capita GDP. Reflecting on the relative weakness of private industry, these states tend to have more military personnel and government employment. New Mexico, for example, has four military bases and two national labs. According to an analysis of U.S. Census data, 22.5% of New Mexico's workforce is employed by local, state or federal governments. In Alaska, that figure is 25%.

State and local budgets are in tatters amid historic job losses and business closures triggered by COVID-19. Analysis of budget revisions for 2021 shows that states have lowered their 2021 projections by 10% on average. Nevada and Hawaii, which rely on leisure and hospitality-related taxes, are hardest hit with declines of over 20%. Because states cannot run deficits, many will need federal aid or to enact sweeping austerity measures such as significant budget cuts.

"A really conservative state might choose to tax itself at a lower rate, which means by default, they can give fewer state-funded services," explains Kathy Fallon, human services practice area director at Public Consulting Group. "That can exacerbate the situation."

But a correlation between states' economic health and political affiliation may reflect economic factors beyond those explained by political philosophy.

"If red states pay less in taxes than they receive in benefits, that's because they are generally poorer and program rules are progressive — not because they are 'takers' while blue states are 'donors' in any value-laden sense," says Mark Shepard, assistant professor at the Harvard Kennedy School of Government and faculty research fellow at the National Bureau of Economic Research (NBER).

MoneyGeek analysis shows that states with higher per capita GDP are less dependent on the Federal Government.

"Higher-income states produce the majority of the tax dollars that go into the Federal Government's pocket," Fallon says. Because of the higher income, states and their residents need less support and use fewer federal dollars.

"Before, people who paid large state income taxes would deduct those from their federal tax payments," she says. Now, state tax deductions are capped. "Ironically, it means the wealthier states' populations are paying even more."

Take Action in Your State

Taxes may be one of life's only two certainties — along with death — according to writing attributed to Benjamin Franklin. But how much you pay in taxes and what you get for your tax dollars can vary greatly depending on where you live.

If your state receives more than it contributes, you might examine the role the Federal Government plays in the day-to-day life of your state. Educate yourself, decide how you feel about how your state budgets and spends money and show your approval or disapproval at the polls when you vote.

All states are facing economic strain from the pandemic and may need to reassess their priorities. Even fiscally stronger states rarely operate with a surplus, and budget shortfalls may cause them to become more dependent on the Federal Government.

No matter how divided the nation feels politically, states remain interconnected economically, bound to each other through tax contributions and receipts. Participating in the process and voting ensures that your voice is heard at the state and national level.

To determine the return on taxes sent to the Federal Government, MoneyGeek utilized reporting by the IRS to identify the amount of taxes paid by the residents and businesses of each state for individual income tax, business income tax, estate and gift taxes, unemployment insurance taxes, and excise taxes. MoneyGeek then identified data from the Treasury Department on payments from the Federal Government to individuals and organizations within each state and calculated the monetary benefit provided by the Federal Government to each state relative to the amount of taxes provided by each state (Medicare payments were removed from this calculation as this information was consolidated to a handful of states). This metric was given a 3x weighting and converted to a 100-point scale for inclusion in the final score.

The projected decline in state revenue due to COVID-19 was based on research performed by the Center on Budget and Policy Priorities, which reviewed declines in revenue for the fiscal year 2021. States not included in the CBPP analysis were researched by the MoneyGeek data team. If no data was available, the budget decline was assumed to be 10.6%, the average of all states. This metric was given a 1x weighting and converted to a 100-point scale for inclusion in the final score. 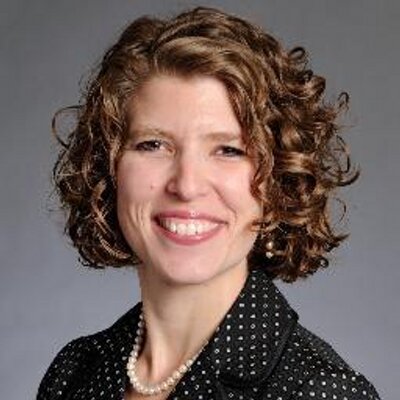