This year, Equal Pay Day falls on Mar. 24, 2021. The day signifies the pay gap between men and women, showing how far into 2021 a woman has to work until she’s earned the same amount a man earned for the same work in 2020. The gender pay gap is genuine: In 2020, women earned 81 cents for every $1 a man earned. Women consistently earn less than men, and that gap widens when it comes to Black and Indigenous women and women of color.

First observed by the National Committee for Pay Equity in 1996, Equal Pay Day has become a useful tool in achieving gender pay equity. A new study conducted by MoneyGeek has found there isn’t just one Equal Pay Day, however.

There are stark Equal Pay Day disparities between cities and states. MoneyGeek has found that some cities have an Equal Pay Day that falls after or before the national day, making their individual pay gap less than the national average. In some cities, the gap is so wide, it would take more than an entire extra year for a woman to earn as much as a man did for the previous year’s work.

The Best and Worst Cities for Women’s Pay

Equal Pay Day is calculated by counting the number of days after Jan. 1 a woman would need to work in order to earn the same amount a man earned for the previous year.

The dates show some states fare better than others when it comes to equal pay for women in the workplace. In Cedar Park, Texas, where Equal Pay Day falls on Feb. 16, 2022, the pay gap is well over a year.

The study shows a few surprises — in some large cities like Austin, Texas; Charlotte, North Carolina and Chicago, Illinois, Equal Pay Day comes earlier than may be expected, making the pay gap smaller than average.

There are some cities where women do make more than men including Jacksonville, North Carolina; Skokie, Illinois and Alameda, California, but ultimately the gender pay gap is still very real.

15 Cities With the Largest Wage Gap

There was a problem accessing the Google sheet. Verify the sheet info and the sharing permissions

Equal Pay for Women and Technology

The MoneyGeek study finds that tech-hub cities like San Francisco, San Jose and Seattle and some high-profile suburbs have wider pay gaps than other large cities in the country.

This may seem surprising, considering how visionary the tech industry is considered to be, but it is in line with research that shows more than half of women in this sector are paid less than their male counterparts.

Understanding the income gap between men and women helps address the issue and move the country towards creating a workforce that better reflects the society in which we live. While much progress has been achieved in addressing the gender pay gap, there is still a long way to go. The COVID-19 pandemic has also impacted women’s earnings in the workplace. Armed with more information, women can better negotiate salaries for themselves and improve their financial standing when it comes to crucial wealth-building tools like life insurance and mortgage rates.

While the news that it takes longer for women to earn the same amount of money as men comes as no surprise to most women, what does come as a surprise is that in more than a few areas, it takes over six months longer to earn the same amount as men. While some lawmakers try to end pay disparity in the U.S. once and for all, there are some actions you can take right now to close the gender pay gap.

Many experts suggest you should always negotiate your salary, starting with your first job. This sets the tone for the rest of your career. Research the position and employer to be sure the compensation package is in line with what’s been previously offered, particularly in an industry where women are traditionally paid less.

Contact your congressional representatives to tell them to co-sponsor the current bills in Congress created to achieve equal gender pay. Since 2016, lawmakers have introduced at least 180 bills across the country aimed at minimizing the pay gap.

Join forces with other women

Find a group that helps provide women with the tools and support they need to help narrow the pay gap in their jobs. Women may lose out on pay by taking time away from work to care for children. Advocate for better child care choices, know and exercise your child care options and lean on others for support where you can.

To find the Equal Pay Day for each city, MoneyGeek analyzed data from the American Community Survey and used the median earnings for men and women who worked full time within the last 12 months to calculate the pay gaps for all cities. Using the beginning of 2020 as the starting point, the date which women would need to work to earn the equivalent to a full year’s earnings for a man was determined. 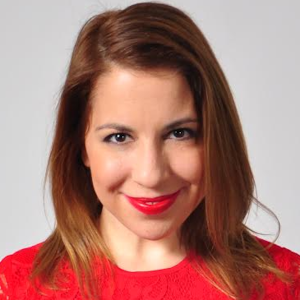 Nadia Neophytou is a journalist based in New York City who writes for various leading American and South African publications, such as The Hollywood Reporter, Billboard, Deadline, Quartz, Glamour, the Mail & Guardian, the Sunday Times, Forbes Africa and more. Nadia also worked as an arts and entertainment journalist for Eyewitness News, and as the news network's US correspondent for South Africa. She has covered topics ranging from Occupy Wall Street, numerous mass shootings, the re-election of Barack Obama, Donald Trump's election and the #MeToo movement.